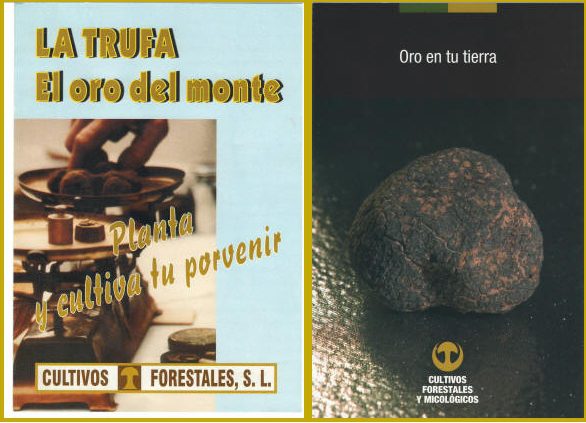 Cultivos Forestales y Micológicos has been involved with trufficulture in Spain almost from the very start. We can say that we are in part responsible for the boom and robust development currently enjoyed by truffle cultivation in some provinces of the center and north of Spain. We sold our first commercial seedling in late 1991, and since then up to the present, numerous truffle growers have placed their trust in us. The promoter and director of the company, Mariano Casas, a biologist by training, previously worked with Truficultur S.A., the first company to commercialize mycorrhizated seedlings in Spain, in the second half of the 1980s. The truth is, the first years of trufficulture in Spain were not very successful, the seedlings commercialized in the 1980s by a few Spanish companies and one or two French and Italian ones, were, in general, quite poor in terms of the quality of the mycorrhization, and thus the first plantations that should have served as examples to encourage others with their first fruits were instead disappointments. 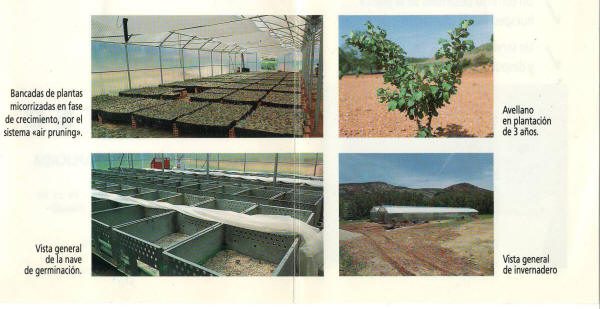 The first facilities date from 1990. 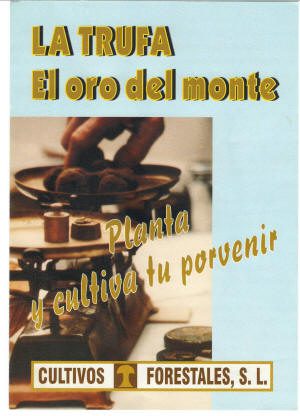 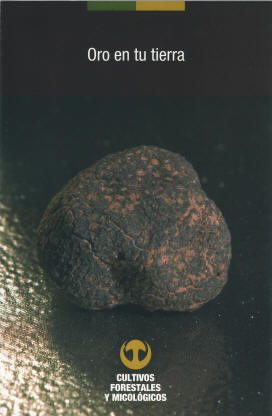 Some of the pamphlets we have used and distributed at trade fairs over the course of all thse years to promote the cultivation of black truffles. 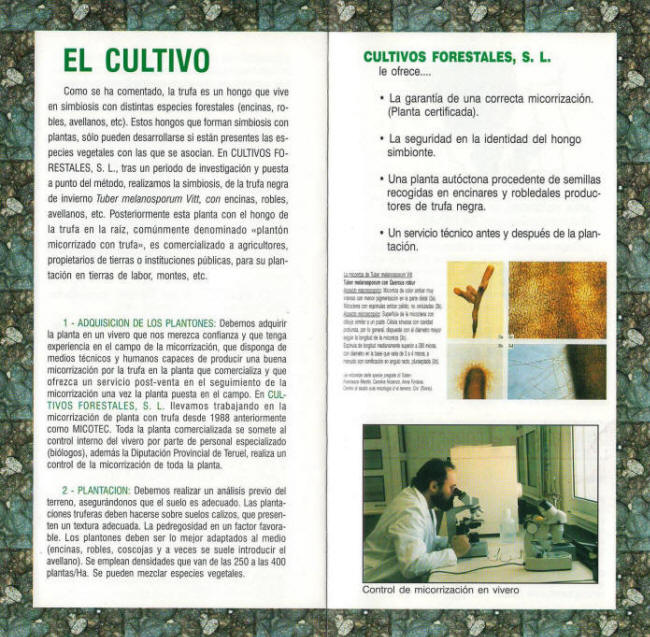 Explanatory pamphlet of the steps needed to set up a truffle plantation.

The early years of Cultivos Forestales y Micológicos, then known as Micotec (Técnicas de Micología Aplicada), were not easy, partly because of the lack of production at those first plantations, and partly because of a lack of willingness to embrace change in the agrarian and rural world, with its agriculture anchored in cereal crops and receiving subsidies. Furthermore, the truffle was a big unknown and those who had heard of it associated it with the woodlands, mystery and… almost with magic… how could anyone even try to grow it!! Faced with this situation, we promoted talks, we began to attend trade fairs, we held meetings, classes, etc., to encourage the handful of interested people at that time to take the leap. In provinces such as Teruel, today the paradigm of trufficulture in Spain, support was already being given by the Diputación Provincial and this acted as an important incentive to encourage those first plantations. 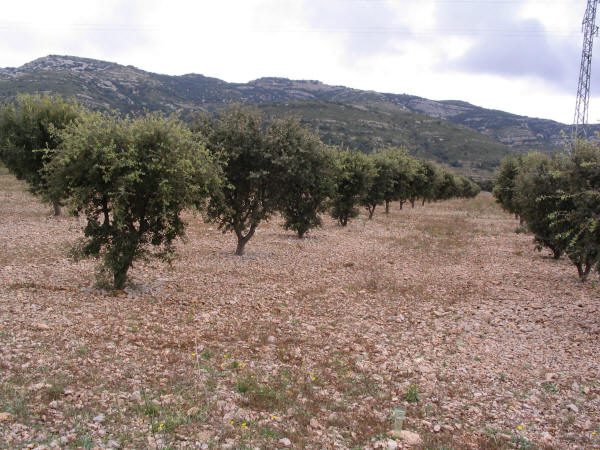 Plantation begun in the early 1990s and whose results are now excellent; the “brûlée” produced by the truffle extends practically over the entire surface of the soil. The very pebbly soil is favorable to the truffle.

Over the course of all these years we have unquestionably accumulated a great deal of experience and knowledge that we enthusiastically place at the service of our clients. New details about those pillars on which trufficulture rests – soil, climate, seedling and cultural supports – are always being discovered and make it possible to undertake a plantation project with guarantees of success.

Lately, organized visits are being made to plantations in production where it seems that the fact of seeing truffles being harvested is enough of a condition for trufficulture (of black truffles) to be successfully set up in any soil and in any location, strictly because the seedling to be purchased is very well-prepared, according to the seller. This, however, isn’t the case. Other essential factors along with the seedling are also responsible for the final success of a plantation. Generally also in those visits, no mention is made of certain cultivation practices that can notably improve production. 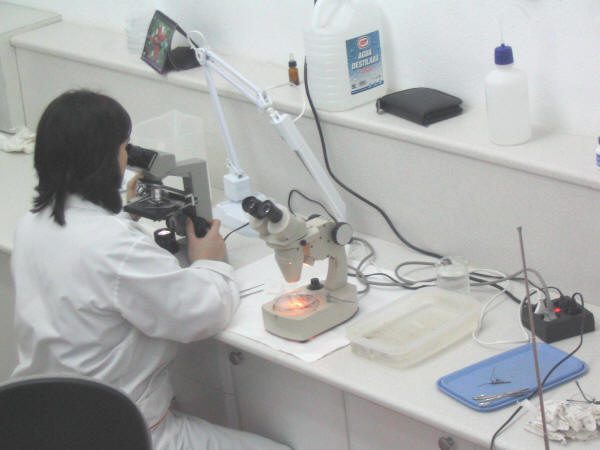 Examining root samples in the laboratory is essential to evaluating the quality of the mycorrhization of the seedlings we produce; examining roots collected in plantations at different ages is also important.

While growing any agricultural crop requires knowledge and know-how to be successful, in the case of the truffle, the balance between two living beings, seedling and fungus, must be respected and presents additional difficulties. In this sense, the previously mentioned aspects that significantly affect the success of the exploitation must be appropriately evaluated. In terms of the soil, if the slightest doubt arises over its suitability, a complete physical-chemical analysis will be necessary, as well as a correct interpretation of the results, to evaluate the possibilities of growing truffles. A quality seedling is always essential. The supports given to the cultivation will be defined by the location of the plantation, the type of soil (analysis), the climate of the site, etc. What works at one plantation, doesn’t necessarily work at another. 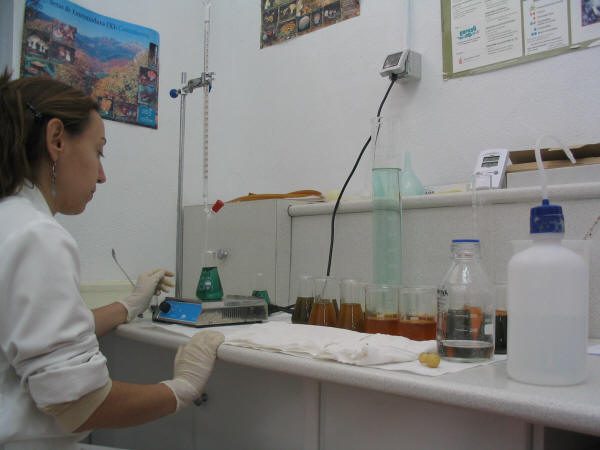 We consider the service of analyzing soil for trufficulture to be fundamental as a support for many agriculturalists who wonder if their land is suitable for growing truffles.

In order to be able to offer advice before and after planting and to provide seedlings with high-quality mycorrhization, we have a laboratory at Cultivos Forestales y Micológicos where we analyze soil for new plantations, evaluate the quality of the inocula prior to the mycorrhization of the seedling, undertake exhaustive controls of the mycorrhization in the seedlings before they are commercialized, analyze roots collected from plantations of different ages, and occasionally we also classify carpophores sent to us by people involved in the world of truffles, among other tasks. 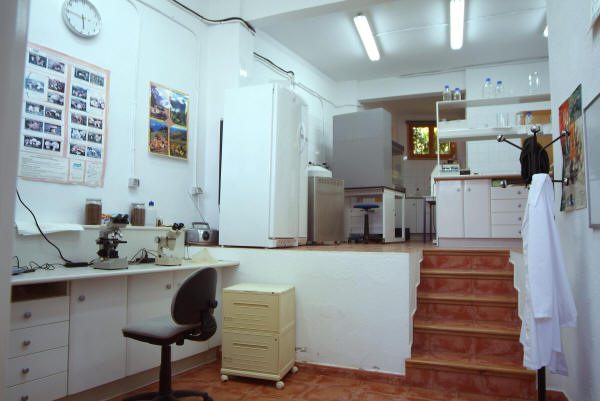 The laboratory allows us to analyze soils for trufficulture, control the quality of the mycorrhizated seedlings, and analyze roots collected from the field.

Over the course of these many years, we have visited a large number of estates, many of which have later established plantations. We have analyzed hundreds of soil samples to evaluate the viability of truffles and whenever we have discovered serious obstacles to the success of the plantation, we have said so in no uncertain terms. We have examined significant numbers of roots collected at plantations primarily of clients, but also of truffle growers who are not clients who have requested this service we offer; we have visited numerous plantations of different ages, some producing, others not, and also, as is only natural given our profession, we have provided advice to the many people who have placed their trust in us… and most importantly, we have observed with an open and receptive attitude, we have listened to experienced truffle hunters and expert truffle growers; we have attended and participated in scientific forums, carefully read the many existing publications on truffles, commented on and contrasted certain cultivation practices, etc., with people from the world of the truffle… definitively, we have striven to constantly educate ourselves to be able to give the best advice to others. Despite all of this, time has sometimes proven us wrong, but by recognizing our errors we have been able to change and improve our perspective on the subject and thus further aid the truffle grower. 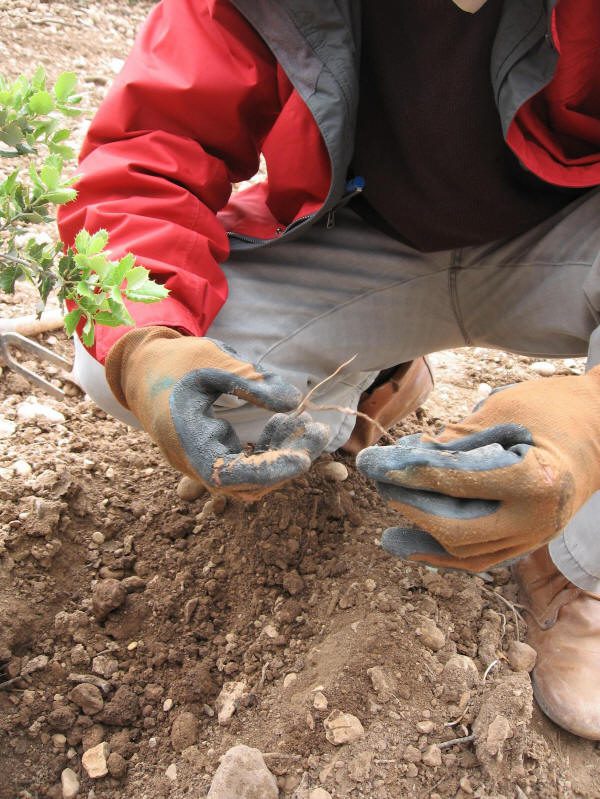 Collecting roots in the field and their handling and conservation until reaching the laboratory should be done correctly in order to obtain the maximum information.

In terms of the mycorrhizated seedling, whenever a greater number of losses than normal has occurred at a plantation, and this has been attributable to the seedling, we have responded by replacing the seedlings. 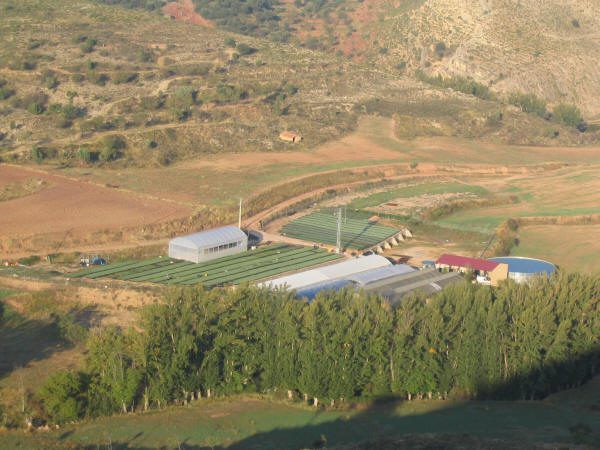 View of the current facilities.