“I only purchase seedlings from Cultivos Forestales” 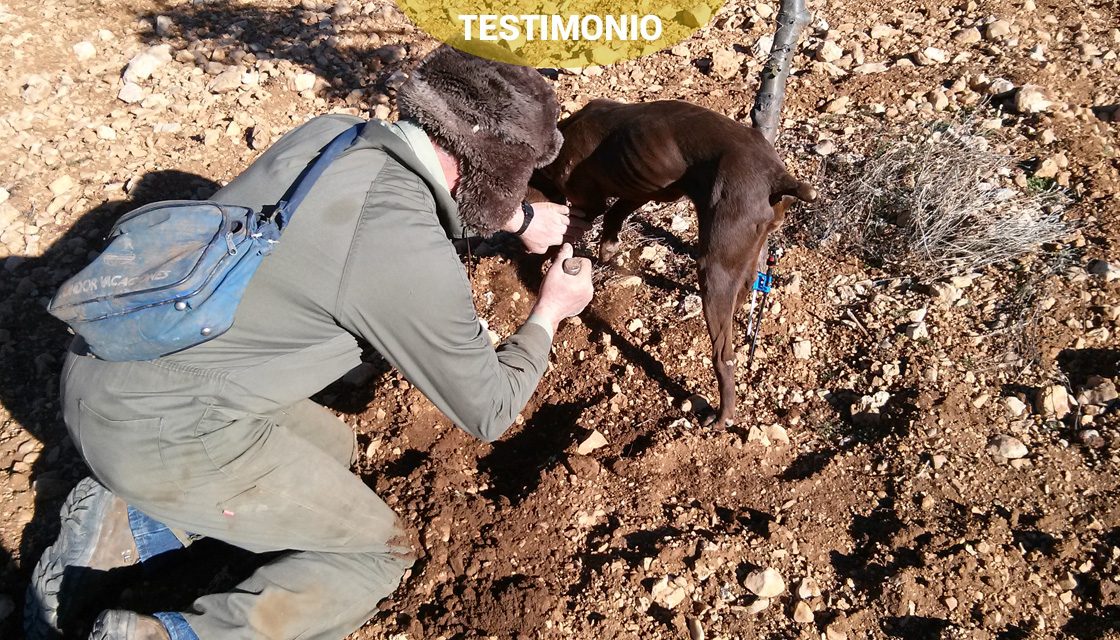 A.S.’s plantation currently measures about 12 hectares and is located in Arcos de la Sierra in the Serranía de Cuenca. The ages of the planted plots range from 1 to 10 years. He started the first plantation with two sources of mycorrhizal seedlings, one of them from Cultivos Forestales; later he enlarged the plantation three times more with seedlings from Cultivos Forestales. In some plots, the rock has been crushed to facilitate the work of the dogs and the truffle hunter; efforts are also made to encourage the formation of more spherical truffles, which are more highly valued by the market at this moment.

The terrain is calcareous with a favorable texture, highly appropriate for growing truffles. In the nearby woodlands, wild truffle patches exist of black truffles and summer truffles.

The soil has been tilled from the beginning of the plantation along the entire width of the corridor, going deep enough to eliminate weeds. This tilling may be repeated various times over the course of the spring and summer.

For the past six years, the owner has made nests in the oldest plantations. Nests are holes made in the brûlée (zone cleared of grassy vegetation around the trunk of the tree) or on the outside edge of this area; the hole has a depth of between 20 and 30 cm and is partly filled with organic mixes with or without truffle spores, the upper part of the hole is then covered with the original soil. The nests are made just after the period of truffle harvesting, normally in April and afterwards the entire area is tilled with a shallow cultivator.

At present, he makes nests 4 years after the planting, the moment when many brûlées are evident (zones cleared of grassy vegetation around the trunk of the tree) and from then on he doesn’t work the brûlée.

He maintains the holm oaks at an appropriate size through an annual pruning at the end of March or April, shaping them as inverted cones so that sunlight can penetrate and heat the soil in the spring. The Portuguese oaks are pruned more intensely.

The estate has a drilled well and the older plantations are irrigated by way of micro-sprinklers, according to the water needs of the moment, given that while summer storms occur relatively frequently, there are also some dry years. Irrigation has been arranged by sector to be able to irrigate directly with the volume of the well.

After 5-6 years, he harvests the first truffles in significant numbers from the seedlings purchased from Cultivos Forestales. Over the course of these years, we have advised him on the correct way to make the nests and the proportion of truffles appearing in these nests in respect to the rest of the soil is very high. At present, in an area of the estate, he wants to begin tilling the soil in the brûlée down to a certain depth, provoking a pruning of the roots and simultaneous inoculation with a prepared liquid of spores.