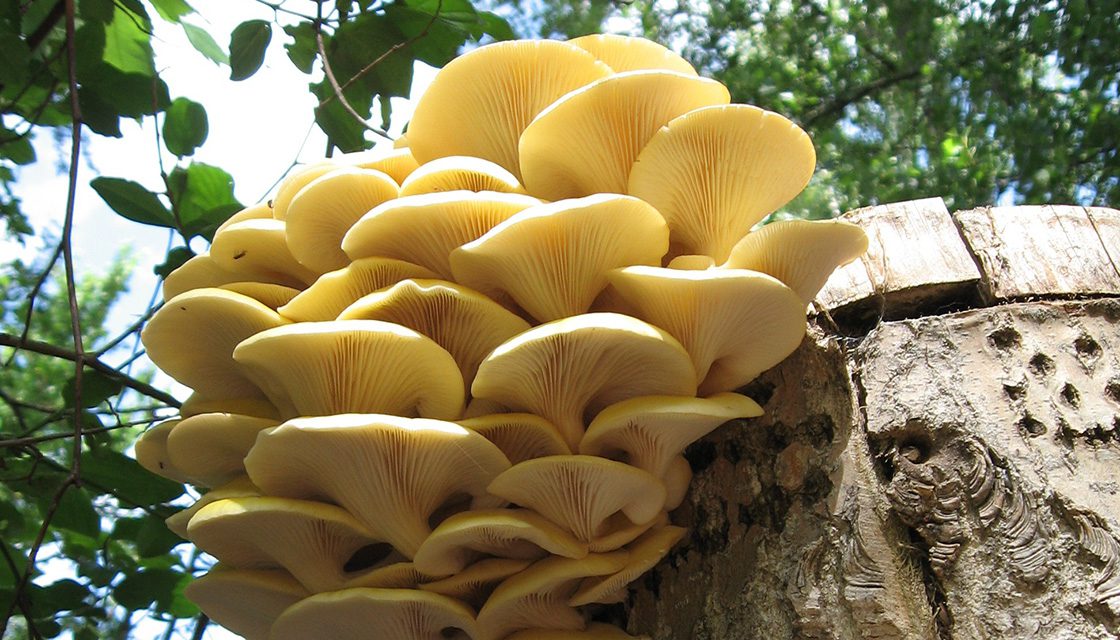 These are pieces of recently cut wood that we have inoculated with the mycelium of the fungus. As the fungus grows in the dead wood, the moment will come when, due to the degree of development and favorable environmental conditions (humidity and temperature), mushrooms will form.

We offer trunks of black poplar, oak, etc. We use one type of wood or another, depending on the type of mushroom we want to produce. In general, most mushrooms work well with black poplar, but for some, such as the shitake, we also use oak wood.

These trunks are inoculated (seeded) with the mycelia of the various mushrooms and are delivered to the client after a period of incubation (of the development of the fungus on the wood), in general, between 1 and 3 months. Each species of fungus has a period of incubation before beginning to produce mushrooms; the duration of the incubation stage depends on the type of mushroom, the hardness of the wood, the environmental temperature, etc. These periods can vary from between three months for the most precocious species, up to one year for those that grow more slowly.

Once placed in their definitive spot and depending on the hardness of the wood, the trunks will produce mushrooms for several years, generally between three and six years. Every so often, they will surprise us by producing striking, beautiful ushrooms. They don’t always begin production the first season. We must bury part or almost the entire trunk in the ground and keep the soil around it humid. Excess watering won’t make the mushrooms appear any sooner.