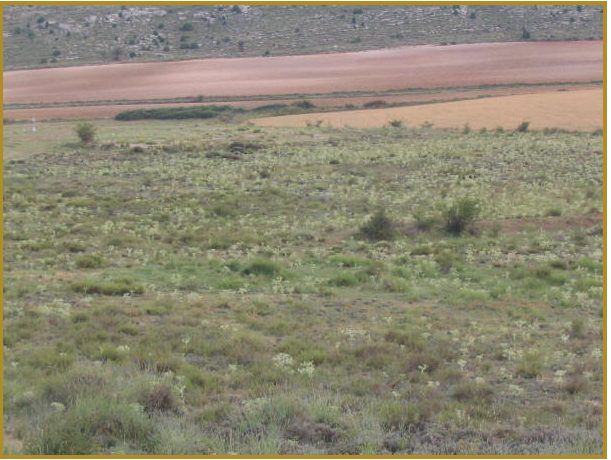 Many uncultivated areas, abandoned croplands, woodlands, meadows, etc., where field eryngo is plentiful can be inoculated with the MICERCARDO to create mushroom beds for leisure and home consumption, or to produce a side income selling the mushrooms when in season to restaurants, bars, hotels, etc. 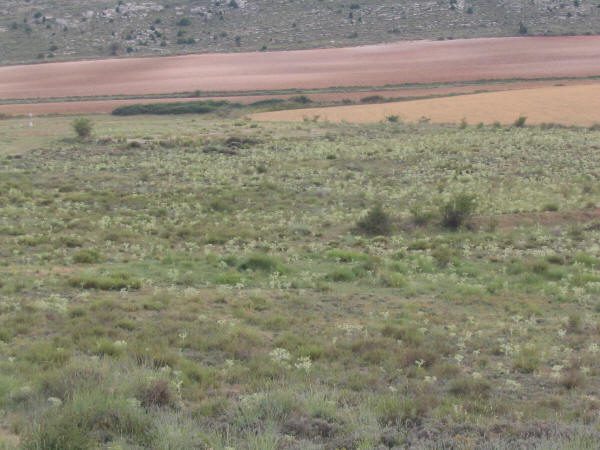 This uncultivated area with numerous examples of field eryngo, apparently unproductive except as grazing land, could produce many mushrooms with the correct inoculation.

The field eryngo can be inoculated from spring until the end of autumn as long as the plant is physically in the ground, given that it is a perennial that disappears over the course of the autumn. What produces the mushroom, however, the neck and root of the field eryngo, remains under the soil and will produce mushrooms even in the absence of the field eryngo properly speaking (i.e., the above ground, aerial part).

If the natural climate is favorable, the first mushrooms can appear within 1 to 3 months after the inoculation, initially produced by the original, inoculated field eryngo. Afterwards, starting from the inoculated point (the root of the field eryngo), the mycelium will spread through the subsoil to find the rhizomes of new field eryngo and if these are abundant, the production of mushrooms will increase over time. The mycelium in the soil can advance between 30 and 100 cm annually. Mushrooms will be produced only if the mycelium finds new field eryngo in its path and, if it doesn’t, we believe that the mycelium will end up dying. The development of the mushroom bed is circular, given that over time, a circular front of mushroom production is formed and bit by bit the field eryngo disappear from the center of that circle. 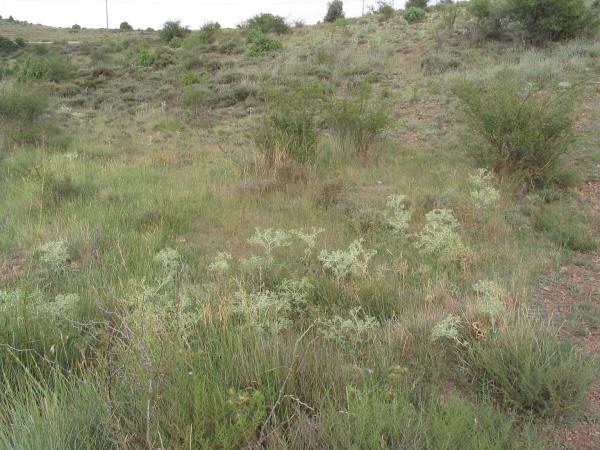 In a small cluster of field eryngo, it is best to inoculate a field eryngo in the center of the group.

It’s difficult to predict how long the mushroom bed will last; in theory, as long as the field eryngo exist, it should last. The observation of natural mushroom beds has shown that they can last between 5 and 15 years.